Luis Suarez is relieved to be playing the game of soccer again after serving a big ban period. He made his first competitive appearance for Barcelona FC last night versus Real Madrid and came to the use of the team straightaway by assisting a goal before being taken off the park 20 odd minutes ahead of the finishing time.

Barcelona was not benefitted much by that solitary goal though as Los Blancos scored two more than them and won the encounter in a slamming fashion, but, for Suarez personally, that assist would have been a bit of a confidence booster.

Speaking to the press later, the Uruguayan said, “It wasn’t a perfect debut as we could not win, but, it has been seen many times before how Barcelona has banged its way back and I am sure it would be the same this time too.”

“As far as I am concerned, it’s good to get the time that I got. I was out in the middle after a while and I felt perfectly okay.”

When asked about the rumours of him putting on a little bit of weight, the forward said, “It’s not right. I never let my fitness get affected. I had been working hard. I had the El Clasico at the back of my mind and I was totally ready for the call-up.” 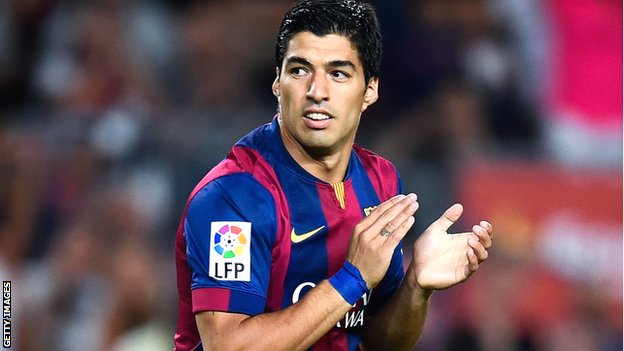 Barcelona had been having an unbeaten streak in Liga this season and they were 3 points clear at the top coming into this game, but, this loss has left them levelled with Sevilla FC, and makes them one of the more difficult of our weekly football matches predictions.

Barcelona has 22 points in 11 games and so has Sevilla in as many games. However, the goal differential of plus 20 has kept the Catalan Giants at the top of the table.