FC Barcelona striker Luis Suarez was pictured as he was honoured by the directors and heads of sport following his amazing season at the club at the last campaign. 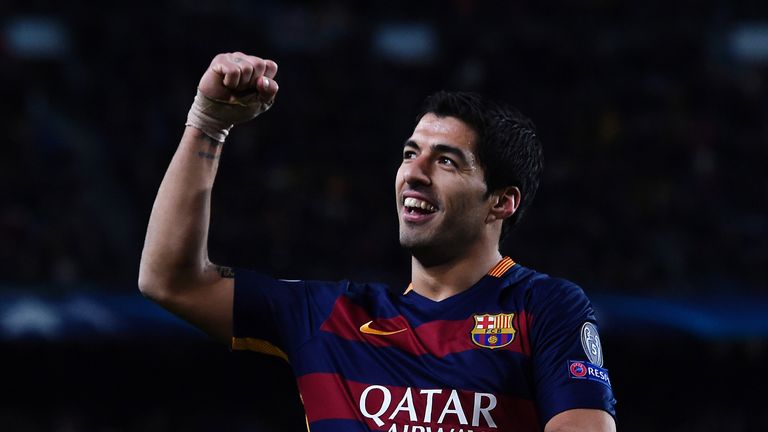 The very talented Uruguayan was awarded the Aldo Rovira prize for the past season, following his incredible feats. The player wins the seventh edition of the prestigious award.

The winner of the award was selected by a jury composed of directors and heads of sport in Catalan media. The player won his second European Golden shoe and he broke other records. He is the first player to break the stranglehold of Lionel Messi and Cristiano Ronaldo in the La Liga as he scored 40 goals. It was 59 in all competitions aside making 25 assists. He becomes the fourth person to win the award since its inception. The others are Eric Abidal, Javier Mascherano and Lionel Messi. Messi has won the award four times already.

The award was created six years back in memory of the son of former FC Barcelona director Josep Lluis Rovira, who died in a traffic accident the previous year. Suarez said he humbled being given such an award and he was pictured with the president of the Jury. The player is still being targeted for a possible return to the English Premier League by former Barcelona coach Pep Guardiola, according to reports.

Guardiola wants Toni Kroos to join Man City too from Real Madrid. The coach has already signed Spain international Nolito and Ilkay Gundogan but wants to complete the total overhaul of the City make up with the addition of these two exceptional players. Guardiola is likely to trigger the release clause of Kroos which is believed to be £63m. He has a relationship with Kroos as the player spent a year under him when he was at German outfit Bayern Munich. Kroos still has four years left on his current deal but if Madrid sign Pogba, they can let the player go. On the other hand, Barcelona will likely never release Suarez, not with the record set in the last campaign. City is prepared to drop as much as £85m for the 29-year old striker.