Liverpool sealed their status as the top team in Group B of this season’s Champions League group stage after edging Spanish La Liga champions Atletico Madrid in a five-goal thriller. The Reds finished on the positive side of the five-goal game as Atletico Madrid ended the Champions League clash with ten men after Frenchman Antoine Griezmann was sent off for a high boot on the face of Brazilian international Roberto Firmino. 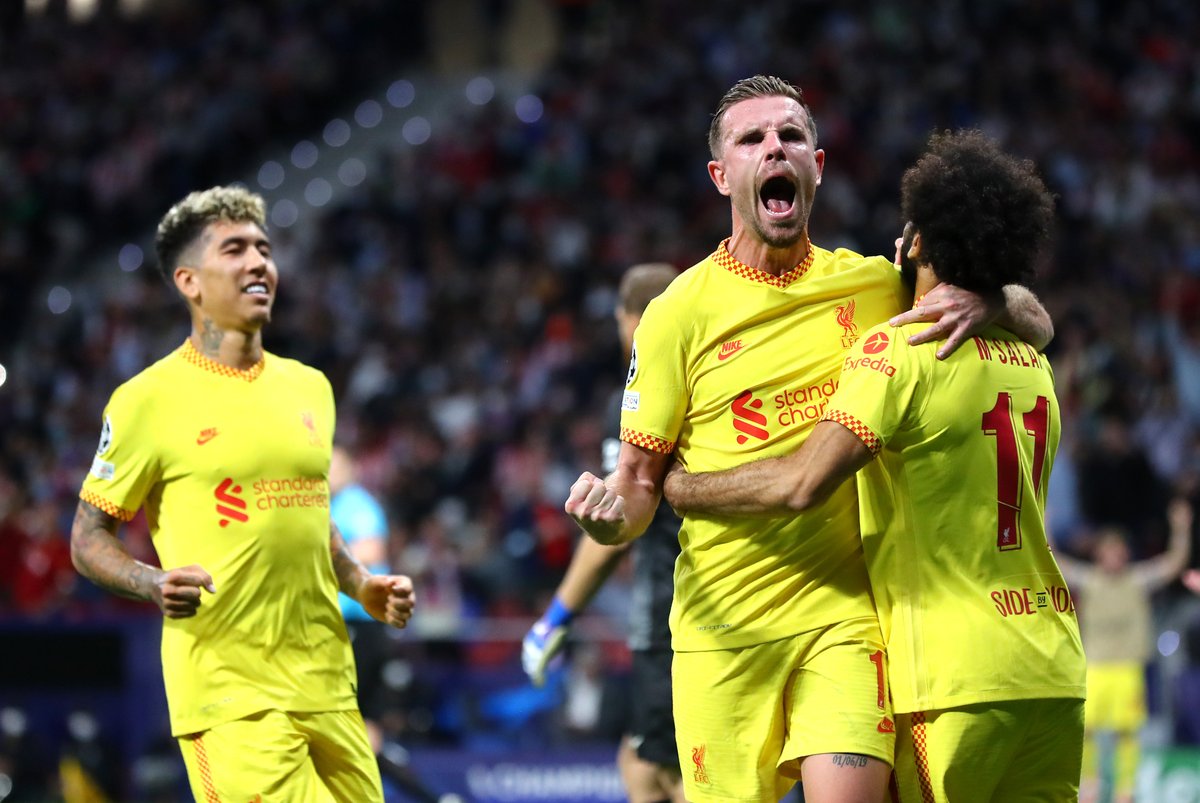 Atletico Madrid manager Diego Simeoneleft Luis Suarez on the bench against his former club in what was a surprising decision from the Argentine tactician. Liverpool were the better team in the first quarter and that led to two goals from the African star duo of in-form Mohamed Salah and NabyKeita.

Egyptian attacker Salah is one of the best players in the world at the moment and he scored for the ninth Liverpool game in a row to take his tally to 12 goals in all competitions this season. He has seven goals in eight Liverpool matches in the Premier League. His brace against the Spanish La Liga champions took his tally to five goals in three Champions League games. Salah is one short of Ajax Amsterdam striker Sebastian Haller.

Salah scored the first of his two goals on eight minutes before Keita added a second goal five minutes. Atletico Madrid then fought back to restore parity as at the half-time break via an Antoine Griezmann brace. They scored their first goal of the game on 20 minutes to pull one back thanks to Griezmann. The French international scored his second goal of the game on 34 minutes. He was then sent off in the 52nd minute for dangerous play.

Salah scored the winning goal with twelve (12) minutes left on the clock from the penalty spot as Liverpool made the most of their numerical advantage. He scored the spot kick awarded after Mario Hermosocommitted a foul in the box. With the 3-2 win, Liverpool have a five-point lead over Atletico Madrid at the top of Group B.