Gerrard hopes to pump up Ibrox against Hearts on Sunday. Rangers boss Steven Gerrard has played comparisons between Alfredo Morelos and former Liverpool teammate Luis Suarez, describing them as “unfair”. The Colombian scored twice and won a penalty when Rangers beat Rapid Vienna 3-1 to get to the top of Europe League Group G on Thursday. 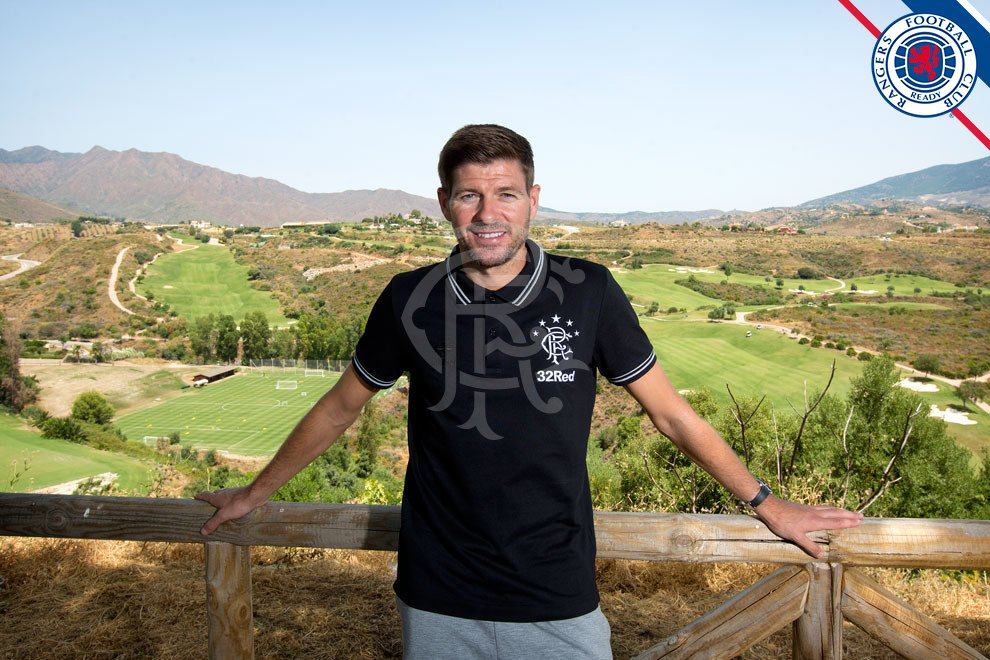 Morelos left teammate Joe Worrall so impressed with his screen, Nottingham Forest Loanee even compared him with Suarez. But, Gerrard does not want to raise extra pressure on the 22-year-old by looking him at the Barcelona striker.

“I do not want to compare Alfredo with Luis Suarez. Of course, Luis is much older, much more experienced, he is a first-rate player – probably the best I played with, while Morelos is a young player and playing well. So it is unfair to compare them yet. But there are many similarities in behavior, they both play on the edge. They want to win whether it’s training or games, they can both ends, they score big goals, and they are relentless in their way. Yes, yes, there are similarities, but Alfredo is a young boy still learning and growing, so I think it’s a bit unfair to compare him to Suarez.”

Asked about his performance in the Europa League, Gerrard added: “He fed by the fans. You can see the love both ways. “The fans have been behind him from day one if he’s wrong or got it just like last night. It’s a great relationship. His behavior on the pitch, his application, his selflessness, earned him his reward with his two amazing goals. If you give him service, he will score us goals. But last night, it was perfect for him. It was a performance.”