The wait is finally over for Javier Mascherano to end his Barcelona goal drought after over 300 games for the Nou Camp side. The Argentine defender broke his duck from the spot against Osasuna last season to spark wild celebrations at the Nou Camp. 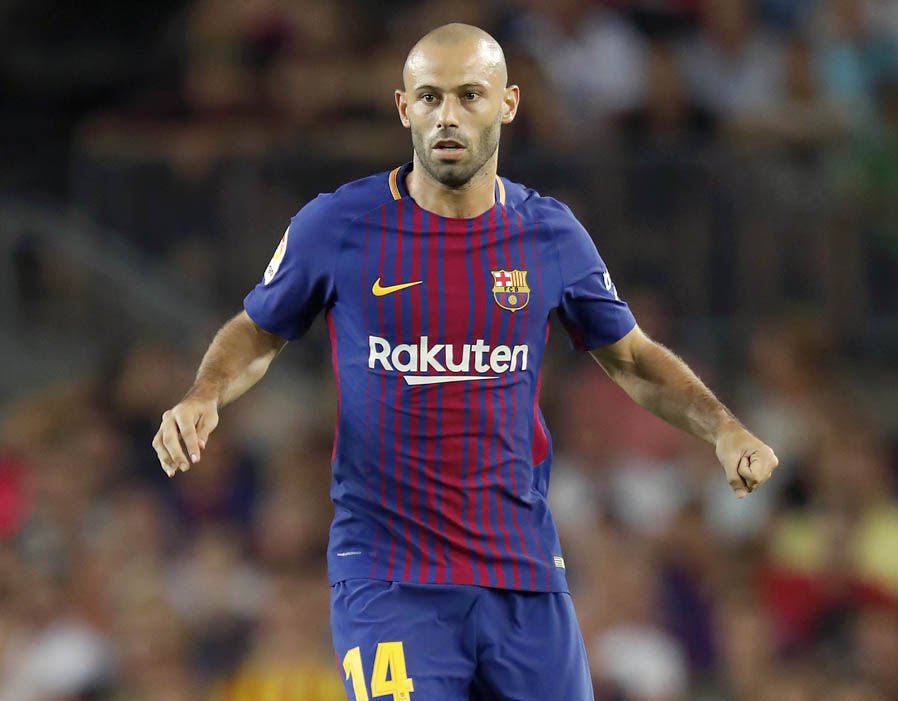 Despite the Catalans regularly recording cricket scores against opponents since his arrival in 2010, amazingly he had never managed to find the net himself. But, eventually, his barren run of 319 matches came to an end in the 7-1 La Liga victory at the Nou Camp against Osasuna in April 2017. Denis Suarez was chopped inside the box to win Barcelona a penalty when they were already 5-1 to the good. To the delight of everyone, Mascherano was only too happy to step forward to convert from 12 yards to end his near seven season goalless run.

His team-mates were overjoyed for the former West Ham and Liverpool star, mobbing him after his successful effort and that strike also brought up another milestone, with it being the 500th goal scored since Luis Enrique took charge of the club in 2014. His goal against Osasuna was only the fourth of his career, although he has bagged three times for his country in 136 appearances. Mascherano last hit the net in June 2014 for Argentina against Trinidad & Tobago.

Mascherano began his career at River Plate, where he earned his first senior honours, the Primera División Argentina, in 2003–04. He moved to Brazilian side Corinthians in 2005, winning the Brazilian Série A in his first season. Mascherano then moved to Europe, signing for Premier League side West Ham United, but his brief time at the club was blighted by unusual contract terms with Global Soccer Agencies. At the beginning of 2007, he joined Liverpool on loan, reaching the final of the UEFA Champions League, before he signed with the club for £18.7 million.